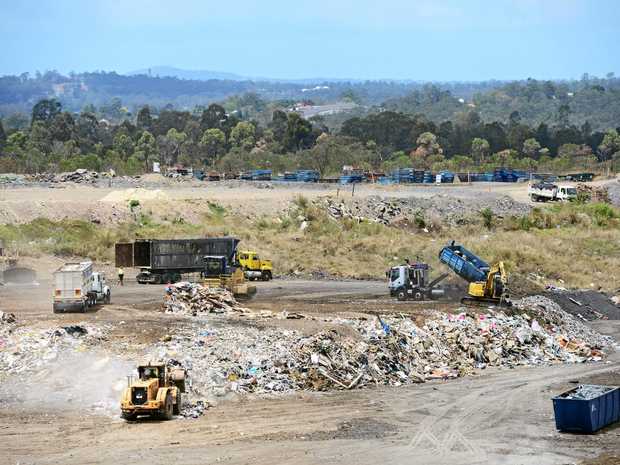 THE disgusting stench that has plagued Ipswich residents for years would disappear under this man’s $1 billion, job creating project.

Independent candidate for Bundamba Trevor Judd has been silent so far in the election campaign but now the tradie has revealed his grand pitch to the people of Ipswich.

It’s not a series of policies either, but one big pitch – supported by engineers and CEOs – that could eliminate Ipswich’s dumping problem, turning the stench into energy, while creating jobs and cutting power bills.

It’s an industry, described by the CSIRO as clean and efficient, that already exists in the Americas and Europe.

A similar, although not as detailed, idea has been put forward by The Greens candidate for Ipswich Brett Morrissey.

But Mr Judd has been hatching his plan to build a waste-to-energy plant for almost a year.

The goal is to build and operate a plant that would create about 1000 construction jobs, 60 to 80 full-time positions, and consume 1 million tonnes of rubbish, such as household waste, each year.

He estimates the project’s worth at $1 billion with a plant that could process 1 million tonnes of waste each year.

Mr Judd says material put into landfill can easily be harvested and used in electricity production, alleviating the unpleasant smell many have been forced to live with.

The State Government has reportedly been investigating the source of the stench since at least 2013 but among residents, the smell is widely believed to be arising from decomposing waste at the large landfill sites.

Engineer Andrew Hedges says to build the plant, between 8-10 hectares of land would be needed.

Mr Hedges explained that while the technology is not in use in Australia and is still considered ’emerging’, it’s not new.

“You burn the garbage to create heat, which boils the water in the boiler to create steam. The steam drives the turbine, to generate electricity.

“All we’d be doing differently is burning waste instead of burning coal.

“The problem is you need more waste than coal.”

Mr Hedges has calculated the amount of rubbish already coming into southeast Queensland and there is enough to fuel the proposed plant.

“In the Brisbane area alone there is about 2.7 million tonnes of urban waste per year available (not including construction or agricultural waste),” Mr Hedges said. “The useable part is just over 760,000 tonnes per year.

“At the moment that’s just going straight into landfill.”

Mr Judd said the people of Bundamba, where he believed this idea would be most relevant, had identified the smell, the volume of trucks, the cost of electricity and unemployment as the major issues for the area.

“I chose the seat of Bundamba to represent because I can see the problems associated with the area from an outsider’s perspective,” Mr Judd said.

“The end result would be less landfill, less greenhouse gas, more electricity and jobs for locals.”

Mr Judd has been in contact with Francois Screve, president and founder of Deltaway, a company which delivers waste-to-energy power plants around the world.